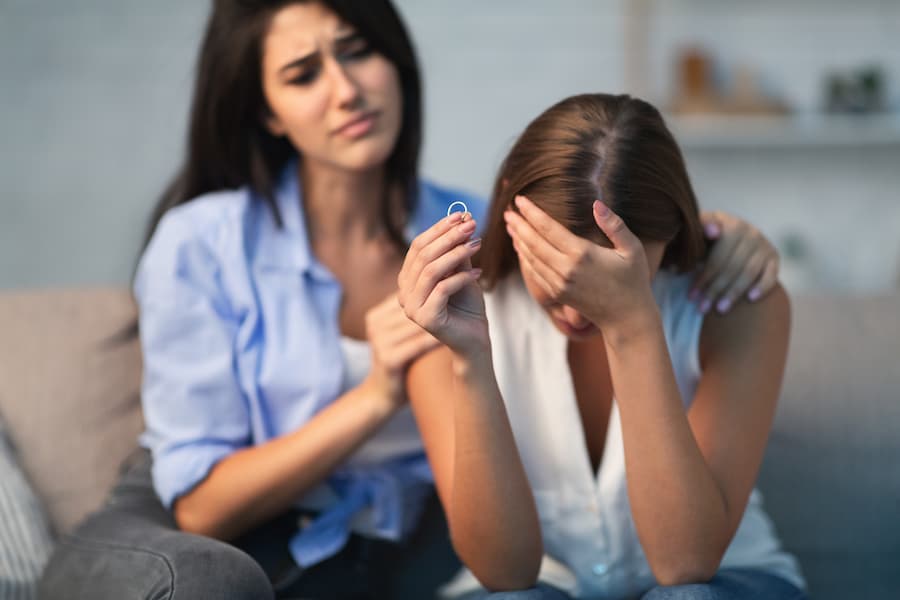 Family law firm, Simpson Millar, has launched a new single lawyer divorce service, “Separating Together”. The firm says the profession needs to “challenge itself” to better meet the needs of consumers amidst growing demand for a more amicable solution to separation and divorce.

The call to action comes in the run up to the introduction of “no-fault divorce” on April 6th, and follows a recent poll carried out by the firm which shows that three-quarters (74%) of divorcing couples want to “keep things civil”.  According to the survey, one in four people who have been divorced or are in the process of getting a divorce said that they had not been able to keep it amicable, with women (30%) and 18-24s (39%) most likely to struggle with this.

In response, Simpson Millar’s national family law team has started to offer a one lawyer divorce service called Separating Together, which is a faster, less expensive divorce option that could save the couple thousands.  The added advantage is that solicitors are regulated, whereas online companies offering alternative divorce services aren’t.

David Lister, head of family law at Simpson Millar, said the product had been in development since 2019 and has been tailored to meet the needs of people who want to “separate well”.

The public desire for such a service is backed up by the poll which found that one in four (26%) respondents said they believe using a single solicitor – someone that represented both parties in the divorce equally – could have made the process more amicable. Over half (54%) would have also preferred to use the same solicitor if it had saved them money.

“The figures speak for themselves. In many cases, couples are looking to separate in a far more amicable way and for many reasons including making it far easier to co-parent effectively, as well as keeping the cost of divorce down.

In many cases, the introduction of a ‘no-fault’ option in divorce proceedings will go a long way towards reaching that goal when it comes into force this year. However, changing the law on divorce does not create an easier route to resolving financial issues and the onus is on us, as family lawyers, to do more to help to keep things as civil and heat-free as possible, when it comes to sorting out the finances.  Our response to that is the launch of our new Separating Together proposition, which forms part of our ongoing ambition to be the firm that ‘opens up’ the law to make it easier for people to get legal help and support when they need it.”

Simpson Millar’s Separating Together approach consists of a 10-step process which is designed to aide a conflict-free separation and offers a range of solutions to fit the needs of every family. As both parties are supported and advised by the same lawyer, there are associated cost savings.

“There’s a huge misconception that involving a lawyer in a divorce makes it a more complicated and stressful process, but if you have the right team behind you, it doesn’t have to be long, expensive or traumatic.  Our first couple to use the service were able to resolve all of their financial issues and agree an outcome in just 7 weeks.

While our Separating Together approach won’t be right for everyone – our clients and other law firms ultimately need to embrace the idea of working together for the greater good of everyone affected by separation to make it work – we do think it offers a very viable option for many.

With so many couples saying that they are actively seeking an amicable end to a marriage, and the introduction of the no-fault clause reflecting that desire for change, it’s absolutely right that we continue to look at how we can help challenge the perception of divorce and make it easier and less stressful for those involved.”

Simpson Millar’s survey followed the release of an Office for National Statistics (ONS) report in November of last year, in which it revealed that 2019 saw the largest annual percentage increase in divorces since 1972; with divorces between opposite-sex couples increasing by 18.4%, whilst divorces among same-sex couples nearly doubled.

In addition, the UK Family Law Market Trends Report 2021 produced by IRN Research, shows that couples in England and Wales that engaged with mediation increased to 7,562 in 2019/20 from 6,535 a year earlier.