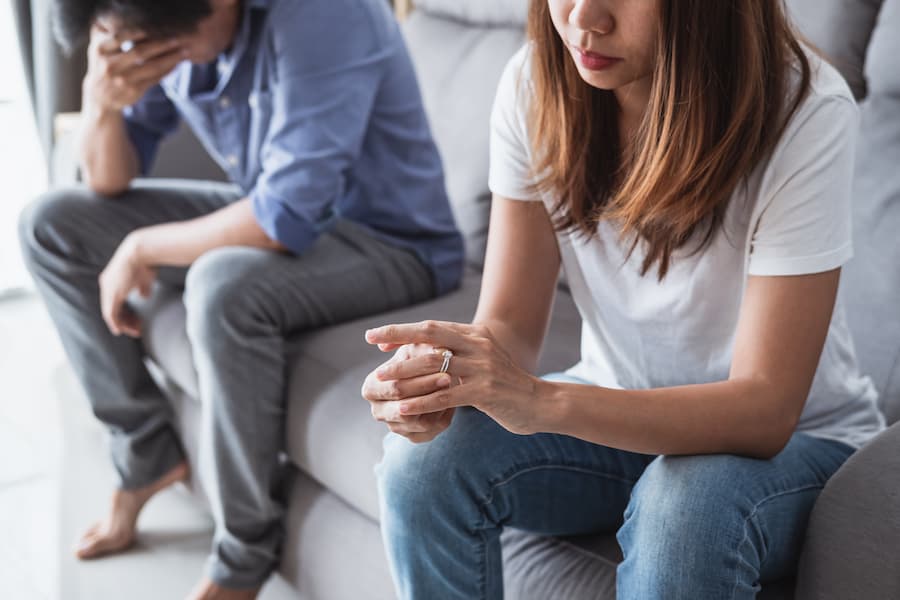 New research from law firm Moore Barlow reveals that almost half of wealthy individuals are planning to end their marriages due to relationship breakdowns caused by the pandemic.

The research, conducted by Moore Barlow in conjunction with specialist research agency Censuswide conducted a survey of 250 UK adults, all of which hold a c-suite-level position, earn £200k or more a year and have capital assets worth at least £2m. The survey asked respondents to answer questions about their personal wealth and family status.

Almost all (97%) of those who took part in the survey said their family was under some sort of strain, with addiction (28%), coercive control (28%) and living and working together 24/7 (27%) the most common root causes of family problems.

A quarter of respondents (25%) said their family had been affected by domestic abuse, with that figure rising to 31% among women.

Few (27%) said they were considering mediation, with the evidence showing that women (33%) are more likely to propose this option to their partner than men (27%).

The majority (72%) of respondents said they had a cohabitation agreement with their partner or a declaration of trust in place.

“The pandemic has been a trial for many of us and financial security doesn’t appear to have softened the blow in lots of cases. Our research shows that wealthy families have suffered frayed relationships and seen underlying domestic issues exacerbated. No one wants to see the rate of separation and divorce increasing, but at the same time, the data we’ve uncovered highlights it’s more important than ever that people understand the options open to them.

One sensible option is for people in a relationship, whether just as cohabitants, newly engaged or already married, to have agreements in place to protect both parties’ assets and make separation, should it occur, less complex.

There is a huge backlog in the court system, affecting all areas of family law, and the delay and costs that arise as a result are having a detrimental impact on families that are already going through difficult times. There’s never been a more prudent time to explore how to resolve family disputes without going to court.”

The research comes as Justice Secretary Dominic Raab announced that increased use of mediation and ADR should be encouraged to stop up to half of family law cases reaching court.