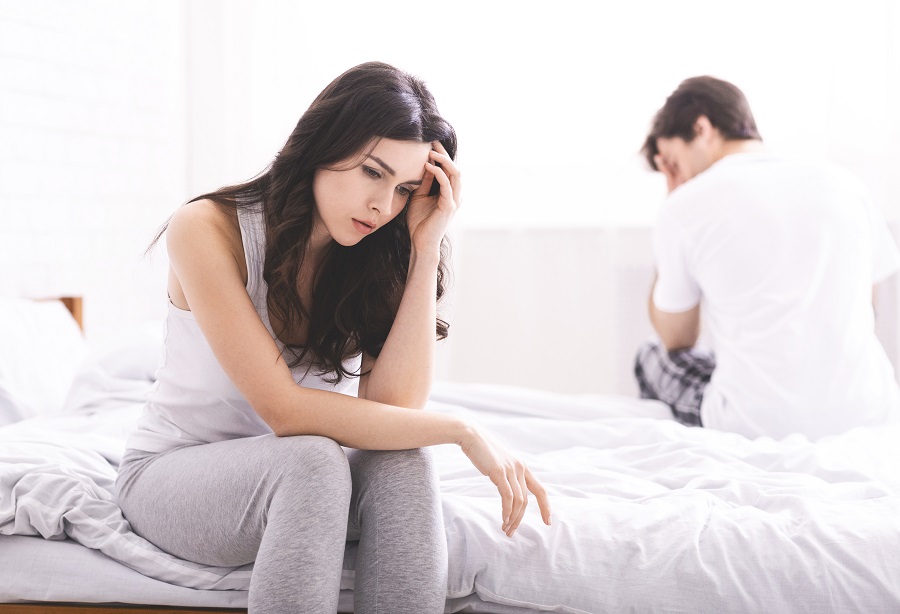 How did we get this. Sad married couple sitting on bed after quarrel and thinking about relationships

There are numerous questions family practitioners come to expect when dealing with separating spouses. Chief amongst them is usually the inevitable request to cite conduct they considered essential that the Court be aware of when assessing financial provision.

These can include cutting legs off valuable furniture, refusing access to pets, or listing their many affairs. It is, after all, to be expected where a marriage breaks down and tempts both sides to engage in mudslinging matches over who behaved worse.

In the vast majority of family cases heard each year in the UK, such conduct is unlikely to meet the requirements of s.25 of the Matrimonial Causes Act 1973 which requires the Court only take into account ‘conduct which it would be inequitable to disregard’. This is supplemented by comments made by Baroness Hale in White v White that “it is not possible for an outsider to pick over the events of a marriage and decide who is the more to blame for what went wrong, save in the most ’obvious and gross’ cases.” A judge is there to hear the arguments and consider what is fair on the figures available, and as such it is often necessary to advise clients to ‘leave their emotions at the door’ so far as they can in financial proceedings, including disputes over behaviour.

As a result, cases where conduct has been successfully argued has largely included actions with a financial detriment to one party (such as H v H (Financial Relief: Attempted Murder as Conduct where attempted murder of one party by the other impacted on the victim’s earning capacity and therefore her financial needs) or relating to litigation conduct (such as the ongoing saga of Maughan v Wilmot where husband has embarked on a barrage of ‘vexatious applications’ in the course of which he has harassed his ex-wife, their children and her legal representative, to name but a few).

If a client remains determined to pursue conduct, it is important that they be made aware of the cost implications of doing so. Not only is there the risk of a costs order being made against the party raising conduct if they cannot prove it and are found to have run up additional cost in trying, but it also increases legal fees on both sides as additional arguments need to be prepared. The costs incurred in the below case, for example, reached £6.5m on husband’s side alone. A hefty sum by any estimation, illustrating the risk in running such arguments.

The case of FRB v DCA [No. 2] was reported in March 2020 and helpfully illustrates such issues. The parties were both from wealthy families and spent an estimated £5 million per year on an extravagant lifestyle over their 14-year marriage, before separating in 2017.

Shortly thereafter, husband began hearing rumours of his wife’s affairs and so requested a paternity test for their son, which revealed he was not the biological father. This triggered a wave of litigation from the husband under both tort and family law, culminating in a 15-day Final Hearing in January 2020 to consider division of the marital finances.

Husband cited his wife’s deceit in keeping their son’s paternity secret (thus inducing H to commit both financially and emotionally to another man’s child) as misconduct and claimed this should impact her financial award by either limiting it to a ‘needs based’ award, rather than sharing equally in their considerable wealth, or to reduce her ‘share’ by 50% given the child was conceived halfway through the marriage.

While there was a financial element to the husband’s claim, the notable point is the emotional and moral element of the claim, as husband’s case relied on the wife’s deception and emotional distress this had caused to him. The wife claimed she was not guilty of the conduct cited, as she had had no reason to suspect her husband wasn’t the father.

Cohen J ultimately concluded that wife should have appreciated the risk the child wasn’t her husband’s, and so her misleading him on this would be inequitable to disregard when quantifying her financial settlement. Unfortunately for husband, however, the Court also took into account his litigation conduct, as his failure to disclose financial information had necessitated the use of estimated figures for some assets. To further reduce the wife’s award was therefore considered to risk ‘inflict[ing] a double jeopardy’ and lead to an unfair outcome. The ruling was therefore a 50/50 split of the assets, meaning ultimately the conduct had no financial impact on either party.

While the facts here are far removed from most day-to-day family cases, it is nonetheless a helpful illustration of a less commonly seen type of conduct, and a timely reminder of the importance to keep your own hands clean when dealing with conduct issues.

It is also worth remembering the long-term impact these cases risk having where the parties are also parents. Going to war in court may feel good in the short term, but when the dust settles it may have caused irreparable damage not only to the bank accounts, but also the family dynamic.