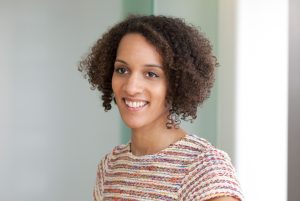 On Tuesday, four appeals in private children proceedings involving allegations of coercive and controlling behaviour and serious sexual assault have been conjoined to be heard in the Court of Appeal. other parties have been joined to the proceedings including CAFCASS, Women’s Aid and Families Need Fathers to voice their views and concerns on the issues that are to be raised.

The appeal is of monumental importance, providing an opportunity for the family justice system to take a comprehensive and uncomfortable look at how it is failing victims of abuse and children who are at real risk of harm as a result of a flawed approach to cases involving allegations of abuse and coercive and controlling behaviour. At the same time, the Court must also explore how these cases are being managed and tried for those who are responding to such allegations, particularly in light of the lack of access to legal representation due to unaffordability and unavailability of legal aid.

The appeal recognises what many practitioners, litigants and even the wider public know to be the case; the current system is not fit for purpose. Public confidence in the process is at rock bottom and litigants on both sides of the fence do not consider that justice is being done.  The appeal offers a chance for a radical change of approach and an opportunity for the family justice system to set a new standard about how these cases are handled. Momentum for reform has been building for some time but it remains to be seen whether the appeal will offer the silver bullet that is sought.

Is this the moment for a “congruence of approach” between family and criminal law, with the adoption of practice and procedure already established in the criminal courts? Or should children be invited to have their voice heard in such proceedings?  We do not know yet what the answer is, and it is unlikely that this appeal on its own will make the difference that is needed.  At the very least, the future must involve uniformity of case management in family proceedings across the judicial spectrum and better training and guidance for the professionals involved to minimise the risk of decisions being made that might perpetuate harm for children.

Anna-Laura is an Senior Associate in the Family team having trained and qualified at the firm. She advises on all aspects of family law both advising individuals during a relationship to help them plan for their future and also after a relationship has broken down. She is committed to brokering solutions for people experiencing what is, invariably, an emotionally challenging period of their lives. In many cases it is possible to do so without the need for court proceedings to be issued but this is sometimes unavoidable in order to protect a vulnerable individual or find a way forward that allows both parties to move on with their lives.

Anna-Laura’s practice includes divorce and complex financial matters involving companies, especially family businesses, pre and post nuptial or civil partnership agreements, cohabitation and cases involving an international element. She advises regularly in relation to issues involving children with an awareness of the importance of finding a child-focused solution whilst at the same time supporting clients through a sensitive and painful time.

She is a member of Resolution and of Resolution’s Parenting after Parting Committee which is tasked with encouraging and training family law practitioners to help parents work together to agree arrangements for their children following separation.