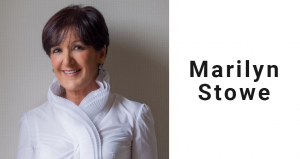 A few years ago, when the relationship was becoming serious, I wrote a blog post about Prince Harry and Meghan Markle from the perspective of a divorce lawyer. Given the two horrendous Royal divorces of the 90s, on which I used to frequently comment in the media, it struck me there were even more serious problems ahead for the Royal Family if this couple were to divorce.

I warned of another likely financial battle, that any children might be moved to live in the USA and become the subject of a separate court battle, and worse, Ms Markle would be free to speak to the American media throughout it all, whenever she chose, with all the dangerous fall out that might cause for the entire family.

A Californian joining the Royal Family, and familiar with the concept of pre-nups, it made sense to me that with input from both English and Californian lawyers, she might amicably agree, pre-marriage, to sign a fair pre-nup with sole English jurisdiction, perhaps as an incoming British Princess she would acquire British nationality, agree finances, child residence/contact/education/status arrangements and above all, include an all important confidentiality clause.

It would all be enforceable by an English court. Sensible, calm, legally binding, future proof and strictly private.

Unfortunately, within just 18months of their fairy tale marriage, an unexpected ‘divorce’ of sorts has occurred. The issues that concerned me then, have all occurred and the ghastly history of the 90s is repeating itself but now in world even more public than the 90s, a world where social media (developed ironically in California) is all powerful. Millions are able to minutely dissect and add thoughts on our Royal Family within minutes of a comment from ‘a friend’, and as we have seen, not in a good way.

So, what can be done?

There are strong emotions on both sides, heightened of course, by all the publicity. This is a family who like it or not live much of their lives in a goldfish bowl. It’s clear that both sides have their own deeply held views as to why this relationship has broken down. Views that right now are entrenched rock solid.

Relationships do breakdown. Fall out does occur. In a divorce, a lawyer must help the client through the initial feelings of shock, rejection, despair, anger and desire for revenge. Ultimately at some point though, with the passage of time, comes acceptance, and a desire to move on.

I think back to the events of the 90s, and remember how in both Royal divorces, the initially unthinkable occurred and relationships were civilly restored. Yes even between the Heir to the Throne and his former wife which the media either don’t know, or have forgotten. The years of anger, bitterness and acts of needless revenge were finally over.

When I was in practice, I saw clients going through the same emotional turmoil, and most of them I used to send them away, (once I checked that legally nothing urgent needed to be done) – to get much needed therapy. I advised them to take their time. There was no rush. I had a few tried and tested Counsellors on my books who I knew would do the trick.

Their job was not to perpetuate the fantasy of saving a marriage that had for either or both spouses hopelessly broken down months or even years earlier, with no chance of resurrection. It was rather to get the clients into a place where they were ready to make if not amicably, then at least civilly, cost effective, commercial deals not least for the benefit of their children.

Clients returning from counselling used to tell me with relief how useful those sessions had been to unburden themselves, and to anyone struggling with divorce who wants to reach acceptance and move on I’d say go for it. There is much to gain and nothing to lose.

But then there were some clients, for whom no amount of initial counselling was ever going to work. Sometimes it was difficult to categorise them because at first sight, they had been so badly done to all they needed was immediate protection. To be fair, most of those clients were absolutely genuine.

They had been abused worn down assaulted and traumatised. For them recovery would come later and only when the legal side had been resolved.

Often it was clients suffering from cancer who found themselves in a truly terrible situation, rejected by their spouse, who were probably unable to handle their partner’s illness, and had turned elsewhere for affection. They were tough cases because they had to be run at speed given the nature of the illness.

I remember one particular client who told me, her wig removed, she had given up her chemotherapy because she felt she had nowhere to turn and decided to die. I took over her case, and told her let me sort it out. Quite forcefully I told her she should book herself straight back into hospital and leave the rest to me. After that the case swiftly resolved and all was well.

But there were, thankfully rare, others who presented as ‘victims’ who were nothing of the sort.

They were the predators. Acceptance and moving forward was never going to be on the agenda. They were instead determined on exacting a hate filled revenge. Usually this was done through the children, backed up by reams of allegations, some true, some part true, most outright lies including even lying about their partner’s sexual abuse of a child, and whilst you might advise many, many times ‘the welfare of the child is paramount’ you could never convince that client, a child’s welfare should include both parents playing a part in the child’s life. Never. The exceptions to the rule would always be the answer no matter how bizarre and untrue the allegations. Judges grappling with those cases had an unenviable task.

Thus from these types of cases ultimately arose the concept of parental alienation, where one parent would raise a child to hate the other parent and those cases were a tragedy. Such a parent would play every trick in the book in pursuit of that aim, to make the other parent suffer and with a family law system that is far from perfect, they would get away with it.

It didn’t only occur between parents. It happened also with grand parents. They too could permanently lose their grandchildren, even in some cases, while the parents remained happily married.

This vengeful inexcusable conduct wasn’t only done to children. I’m sure many lawyers have come across clients filled with hatred, dead to any emotional feelings they once may have had, playing the most devious tricks with money too, justifying it all to themselves as ‘acting commercially.’ And they reason, if they have convinced themselves, they can convince others too. Except of course, lawyers and judges have seen it all many times before and are not that gullible. Some of these cases even so, ultimately remain insoluble. Some people walk away with a piece of paper for a financial settlement that will never be paid. Or far less than should have been paid.

Such is the daily world of a family lawyer.

So, what do I think next for this desperately awful family tragedy, involving real people with real emotions appearing before the global Court of Public Opinion where both sides are advised by a multitude of lawyers, on different sides of the Atlantic?

I’ve given you a tiny snapshot into the type of work I used to do, for thousands of clients during my nearly 40 year career.

I will let you work it out for yourselves.