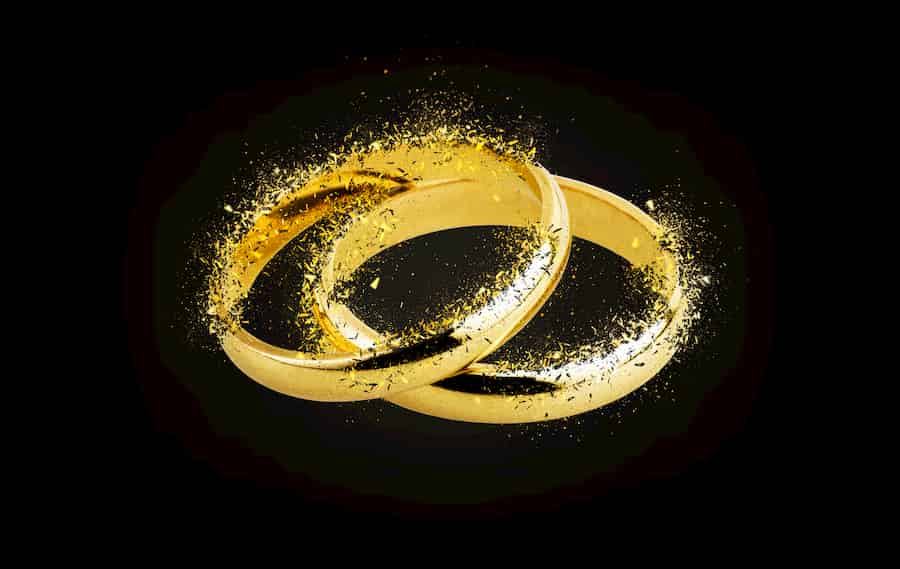 Recent statistics have shown a 13% decline in the number of applications for divorce in the last year, continuing the trend of falling divorce applications since 2010.

Despite shocking headlines stating 42% of marriages end in divorce, divorce rates in the UK have been steadily declining year on year since the early noughties. When digging deeper into divorce statistics it becomes quite interesting reading, that possibly only statistics and sociologists can explain in much greater detail.

Since 2010, and with exception of 2016, divorce rates have been falling despite an increase in marriages. We are now seeing divorce rates at their lowest since 1973.

So what could be the reasons as to the decrease in applications?

There are certain figures that would suggest it may be a case of people actually knowing each other better before committing to marriage. According to a study by Bridebook, couples are living together for longer before marrying with an average of 4.9 years cohabitation before tying the knot. Alongside the fact more couples marry having had two previous ‘serious relationships’, this could suggest couples are less likely to divorce due to the simple fact they know each other better.

Since the 1970s, the average age of people getting married as steadily increased and the average length of a marriage that ends in divorce has also increased dramatically, from 8.4 years in 1971 to an average of 12.2 years in 2017.  Could it again be as simple as people are waiting longer, possibly establishing careers and personal security before embarking on marriage, a process of natural maturation that leads couples to thoroughly assess their future plans and partners, possibly work together to save a marriage.

There are those amongst the family law profession who believe other factors are influencing the decline in applications however.  As is the current go to, Brexit has been mentioned as a factor; with the uncertainty of what will happen come October, the decline in the housing market and even job insecurity, could it be possible that people are working on their marriages rather than face an even more uncertain financial future? After all, even in affluent times, two households cost more than one.

However, an even more worrying thought is the decline is due in part to the removal of Legal Aid in divorce.  The Legal Aid, Sentencing and Punishment of Offenders Act (LASPO) 2012 removed most private family cases from the scope of Legal Aid after April 2013, including divorce and child contact cases.  It may be that couples feel they are unable to leave a marriage due to the assumption of high costs either from solicitors and possible litigation.  Unfortunately the Ministry of Justice is unable to give figures for those who are separated and as yet have not started the divorce process, which may prove this idea further.

Couples can saves on costs by using the new online system to petition for divorce, commonly referred to as a ‘DIY divorce’, and many are certainly taking advantage, with 40% of applications now done online.  However, more applications through the online system are less likely to proceed through to a Decree Nisi and are now taking 3 weeks longer to process, possibly allowing couples more chance of a reunion, especially if it becomes evident the financial pressure it can put them under if they separate.

There is also the £550 court fee, a fee the Law Society has already shown their objection to.

David Hodson, from the family law committee of the Law Society, stated in the debate regarding the Divorce, Dissolution and Separation Bill;

“The £550 is very unfair on the poor they just cannot afford to bring the divorce forward. The Law Society would like to make a plea: can the Ministry of Justice review the fees? So we do not have marriages out there that came to an end a long time ago”

We asked Grainne Fahy, Partner at law firm BLM and Head of Family Law for London and South England, for her view on the declining application rates and if she feels there is a link to the removal of Legal Aid, or whether they may be a cumulative effect from changes in society and the current financial climate.

“There will be a myriad of influences contributing to the decline in divorce rates. Whilst I would delight to opine that married couples nowadays are wiser in terms of their life choices and preparation for marriage, perhaps arguably unrivalled as compared to previous generations, I am not so sure that is what is driving the current decline. In my view, the current uncertainty surrounding Brexit has to be a huge contributor. Financial uncertainty and decreased house prices can only make seeking a divorce a very scary prospect. It’s hard enough in times of political and economic certainty. I would say the proposed costly – and seemingly never-ending – divorce of the UK from the EU is in turn affecting the divorce rate here.

“However, sometimes you need to move forward regardless, as we cannot predict the future and lives must move on. Living in limbo can be very damaging indeed for couples and their children. If costs are an issue there are many ways that a divorce can be funded, for example, litigation funding. Regarding the decrease in property prices, this will mean that rehousing will also be cheaper. A divorce sooner rather than later could affect a couples’ division substantially.”

Having previously worked as a wedding photographer for 14 years, a change in family circumstances gave me a taste for family law, particularly in divorce, child custody and especially parental alienation.

I am now doing an LLM in Legal Practise with the aim to work within the legal industry, specialising in family law.