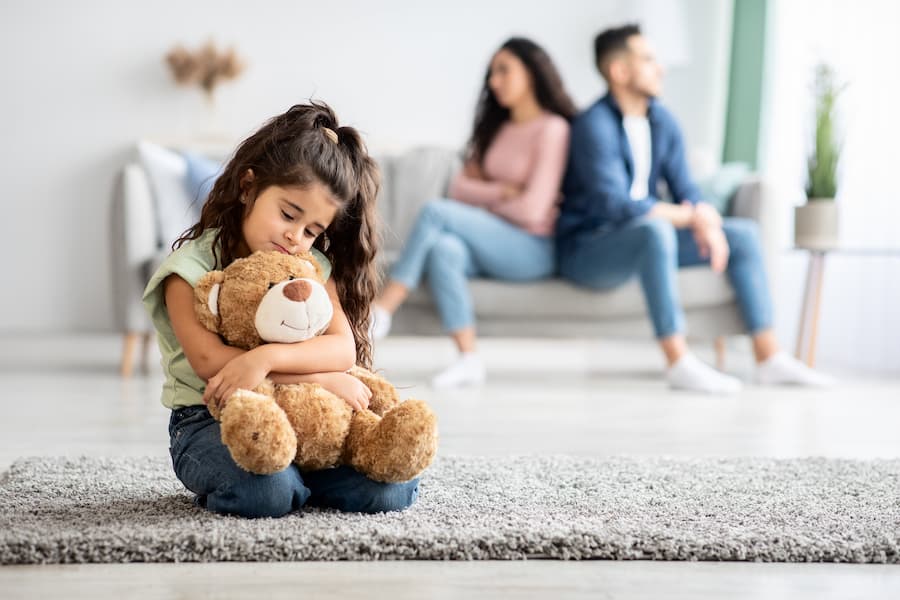 Latest figures released by the Family Court reveal that more children than ever before have been caught up in disputes following family separation. But according to a poll commissioned by family justice organisation Resolution, and YouGov, two-thirds of separated parents said they lacked help or advice about how to put their children first when they split from their partner.

A survey of 252 adults was carried out in November ahead of Resolution’s “Good Divorce Week” this week, which showed that one-third of separated or divorced parents said they found it harder to keep child contact arrangements in place since pandemic restrictions such as lockdowns began, with nearly three in 10 saying that they have felt more stress or tension in their relationship with their ex-partner since the pandemic started.

Although a third of surveyed parents engaged a solicitor or legal professional to help them get the advice they needed, nearly 40% said they turned to friends and family for advice during their separation.

With nearly a quarter of a million people getting divorced each year, the need for information and support is clear, yet the results of the poll indicate a lack of guidance in this area. Resolution’s new “Parenting Through Separation” guide, aims to fill that gap. It offers information on separation and divorce, and advice and practical tips on ensuring family break-up has as little impact on children as possible.

“Family break up is often a fraught and difficult time for parents, and it can be even harder for children. However, Resolution members are here to help find a better way. Our members offer free or low-cost advice through their firms across the country, or through schemes like the Family Law Panel or Advicenow.”

“As part of our annual awareness week we’ve also published the Parenting Through Separation guide to help, and made it free to members of the public, alongside a suite of useful resources and articles on our website. We know parents want to put their children first and this guide will help many more to do that with tips on things like communicating with your children during separation and dealing with big life events after you’re separated,” she said.

“Resolution members offer support that can help minimise conflict, put the best interests of children first, and avoid court where possible. That’s good for parents, children and families,” she added.

“We know from the nature of the enquiries we get the importance of getting advice early on in the process. There’s no substitute for legal advice from a trained professional, but Resolution’s guide is a good place to start and can help parents avoid some of the common pitfalls many face.”