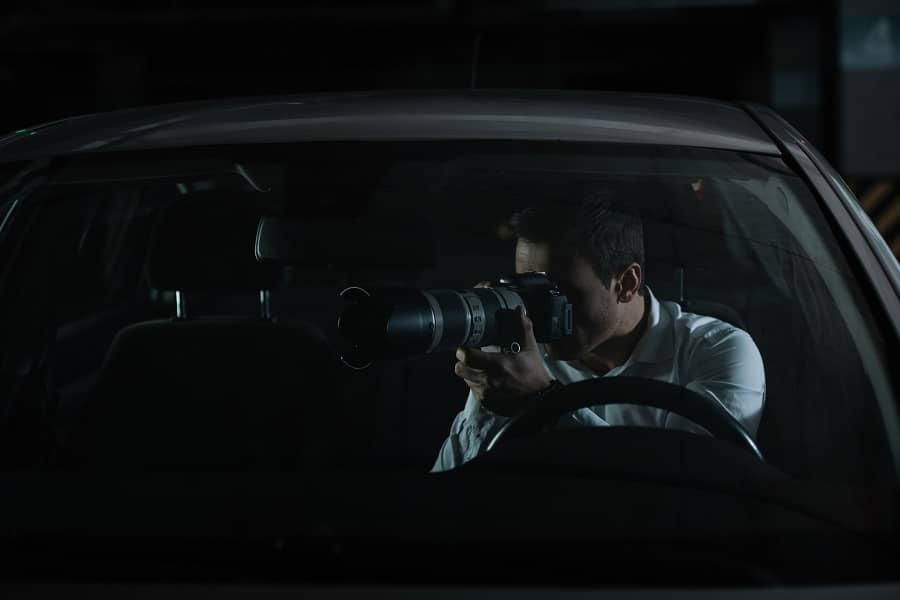 Whilst complex and sophisticated cybercrime stories continue to make all the headlines on personal data theft, experts warn that the risks to our personal privacy are often much closer to home. In fact, right inside our home.

The risk of becoming a victim of covert eavesdropping increases at certain times too, particularly when timely information can be so valuable to an opponent. Rarely in life are the stakes higher than when couples are going through a divorce, so it perhaps comes as no surprise that an increasing number now resort to such tactics during divorce proceedings. In fact, Maguire Family Law has revealed that as many as 20% of people are spying on their spouse when going through a divorce.

“As technology continues to be increasingly sophisticated, we have seen an increase in clients’ movements being tracked or their phone calls, conversations and other communication being recorded or filmed. Most mobile phones have voice recording features now, and we are seeing more cases than ever before where conversations are being recorded or filmed, often covertly. It’s for this reason, we now offer eavesdropping risk advice to clients as standard.”

“However, it is not just after a separation that this kind of thing can happen. If there is suspicion of an extramarital relationship, then the suspicious spouse will sometimes consider carrying out their own ‘investigations’. This could be a tracker on a car, monitoring phone calls or texts, covert filming and car dash cams.”

Another reason why this is on the rise, argues Venables, is that it is increasingly common for a couple going through a separation or divorce to continue to live under the same roof, at least in the short term, which provides greater opportunity. Sometimes, for example, the financial strain of immediately funding two households will simply not enable the parties to live separate and apart straight away, until a longer-term arrangement is put in place.

“Going through a divorce can be very stressful and people often rely on friends, family and also their divorce lawyer for support and advice. However, people should be cautious about having private and confidential conversations in the family home or their car, even when they are on their own.”

“I am always surprised just how little attention is paid to the security of the spoken word, whether in business or domestic circumstances. Devices have never been so inexpensive or accessible right now and you certainly don’t need the skills of a former MI6 officer to deploy them”.

A quick search online reveals that listening and recording devices are commonly secreted into everyday household devices such as lamps, radios, clocks, smoke detectors, plug extension bars and even ever-present mobile phone chargers. Amazon.co.uk, for example, lists more than 10,000 results for the search term “Spy Cameras”, with prices for mini spy cameras starting from as little as £7.29 (including delivery). Yet sorting the innocent from the dangerous takes experience, skill and a significant investment in technical counter-measures equipment.

“In terms of where we’ve found devices, the list is endless. However, the more unusual ones include inside a cuddly toy, a model boat and even a box of cornflakes on a kitchen shelf. Yet the one that I found most amusing was a tiny pinhole spy camera secreted behind a sign that read ‘WARNING! CCTV CAMERAS OPERATE IN THIS AREA’ – you honestly couldn’t make it up.

“Unless you engage with a seasoned and recommended counter-surveillance practitioner it can be very easy to fall into false economy territory. Any technical search team should arrive with at least five or six different pieces of equipment if all risk bases are to be covered. There is no single ‘magic box with flashing lights’ that covers all eventualities. After that, it is down on hands and knees and up on ladders to complete the physical search.”

“Your home is only half the story when assessing eavesdropping risks. Motor vehicles are increasingly prime targets for the professional and amateur eavesdropper. If you think the car is a safe haven for confidential conversations with your legal advisor, think again. Bluetooth systems helpfully broadcast both sides of a conversation into the vehicle and can be easily monitored and recorded by ‘buried’ devices. Simply ‘phoning in’ to the vehicle and activating the device from anywhere in the world is now possible with 3/4/5g connectivity. Then there’s that new dash-cam that just appeared in your car – remember those devices listen and record 24/7 on a loop.”

“I advised a client recently on whether phone calls made by their spouse to a third party could be used as evidence of an affair. The calls were made from the perceived sanctity of the spouse’s car rather than from the family home. However, the calls were being recorded on the car’s dash cam audio.”

“I have also been involved in cases where covert recording devices were set up in the marital bedroom, bathroom and even the garden shed!”

All individuals under DPA and GDPR principles have a right to the expectation and enjoyment of a private life and while prosecutions under interception of communications and computer misuse regulations are distinctly possible, in reality, much of the information harvested from covert eavesdropping is rarely disclosed.

“Covert recordings are not usually admissible in court including the divorce courts. There is a right to have a private life and a breach of that right can lead to prosecution. They can also give rise to issues of breach of confidence and possibly data protection. Therefore, a covert recording might not turn out to be the ‘smoking gun’ that the client thinks it is and worse still could open a ‘Pandora’s box’ of possible legal claims for breach of privacy.”